Citizens is a plugin that gives you the option to create NPCs (Non-Player Characters) in Minecraft. You can use them for a lot of different things. On this page you can read what you can do with Citizens in combination with MinetopiaSDB.

To use this functionality you need to have the Citizens plugin installed. You can find the correct version on the setup page.

To create a levelcheck NPC, you need to use the /levelcheck npc command. To execute this command, you need the permission minetopiasdb.levelcheck. 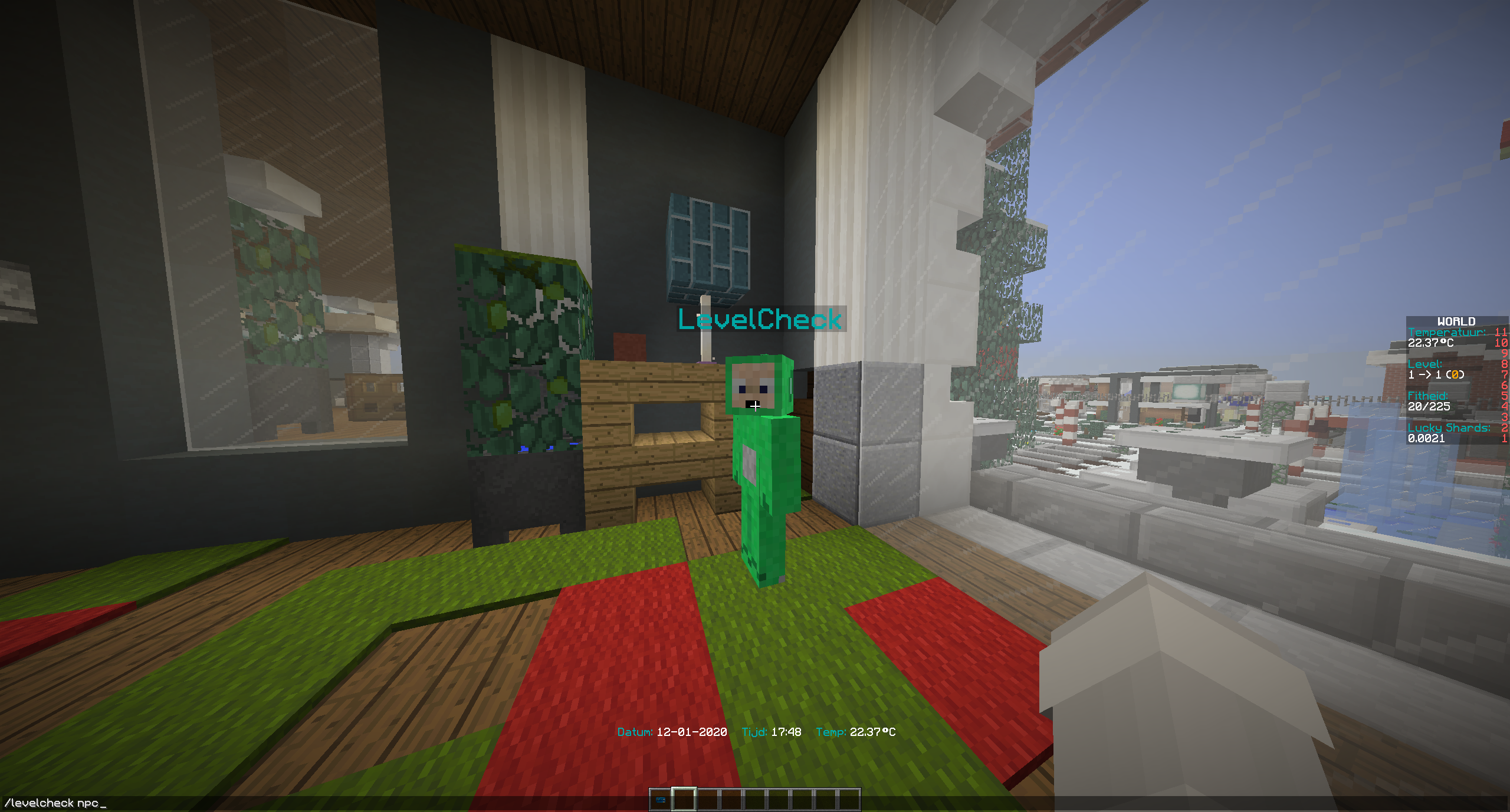